IN-FLIGHT Data became the first civilian organization in North America to fly a drone beyond visual line of sight (BVLOS) in a major metropolitan area. This flight set a North American record of 414 km and may also be a world record. Up until now, commercial BVLOS inside major metropolitan areas have been restricted to public safety organizations. With the support of the City of Calgary as well as senseFly, AIRMAP, uAvionix and TruWeather Solutions the flights were conducted safely, and well within the safety limits and constraints of the operation. 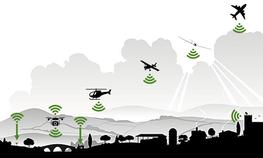 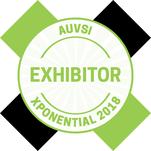 IN-FLIGHT Data was very proud to sit on the Plenary Panel at UC2018, in Vancouver Canada, discussing the future of Unmanned/RPAS Traffic Management (UTM/RTM) in Canada with NAV Canada, Transport Canada, Kongsberg Geospatial and Airmarket.

IN-FLIGHT Data is an original core member of the USC UTM/RTM Working Group, establishing a road map and milestones for UTM/RTM development in Canada. 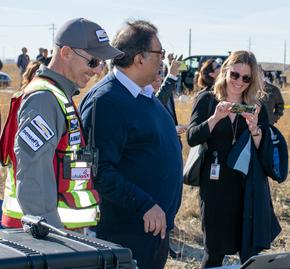 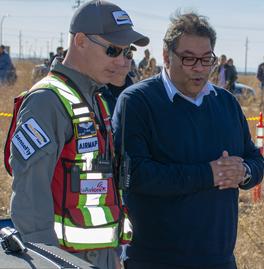 Canada’s BVLOS Pilot Program Flies Ahead: With Use Cases You Haven’t Thought of Yet​

IN-FLIGHT Data and our ground-breaking BVLOS project was recently featured in DroneLife. Miriam McNabb and Chris discuss the upcoming BVLOS project, its use-cases and how our project is different from all the other projects out there - USA IPP trials included! 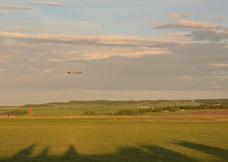 IN-FLIGHT Data was very proud to open the City of Calgary Point Trotter RPAS Flight Area, with City of Calgary Mayor Naheed Nenshi, launching our eBee X RPAS to officially open the metro flight area - a first-of-its-kind in North America, and one of only a handful in the entire world.​https://globalnews.ca/video/rd/1348625987511/?jwsource=cl 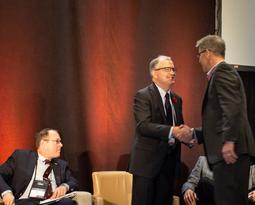 IN-FLIGHT Data was very proud to have given the closing keynote speech at the Unmanned Systems Canada UC2018 Conference, in Vancouver Canada. This closing event presented the lessons learned, commercial viability and business outcomes from Canada's largest-ever BVLOS project to the delegates at the conference - including Transport Canada, NAV Canada, Department of National Defence and many more commercial RPAS/UAS organizations. 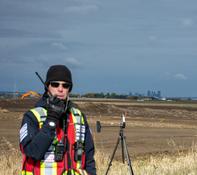 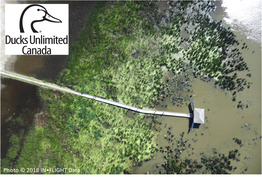 IN-FLIGHT Data has been nominated for two (2) AUVSI Xcellence Awards at the upcoming AUVSI XPONENTIAL Conference in Denver Colorado, April 30 - May 3.

We were nominated in two categories: Training and Safety.

Our Training nomination is from our ground-breaking work with Bow Valley College, bringing nationally-compliant UAV training to the first College in Canada. Our Safety nomination is from our leading-edge work with the Alberta Office of the Fire Commissioner, to standardize all UAS SOP's for work within Provincial Search and Rescue - who are now aerial-interoperable with the RCMP as a result. 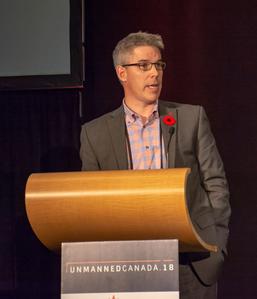 IN-FLIGHT Data was officially granted its second GUINNESS WORLD RECORD, for the World's Longest cumulative urban flight for a beyond visual line of sight (BVLOS) civilian UAV (small class up to 25kg). This record is now set at 414 km / 257.25 mi.

​This is in addition to its already established GUINNESS WORLD RECORD of the World's Longest cumulative beyond visual line of sight (BVLOS) battery-powered UAV flight - 2723.04 km / 1692.01 mi. This achievement was set in Calgary, Canada and was part of Project HONEYCOMB, Canada's largest-ever BVLOS project, assessing the commercial viability of UAS/RPAS BVLOS operations.

IN-FLIGHT Data became the first and only Canadian representative in GUTMA, the Global Unmanned Traffic Management Association. GUTMA is a world-wide association with broad industry representation from drone manufacturers, regulators, Airspace Service Providers, and more. The goal of GUTMA is ...

The Global UTM Association (GUTMA) is a non-profit consortium of worldwide Unmanned Aircraft Systems Traffic Management (UTM) stakeholders. Its purpose is to foster the safe, secure and efficient integration of drones in national airspace systems. Its mission is to support and accelerate the transparent implementation of globally inter-operable UTM systems.

IN-FLIGHT Data is exhibiting at the AUVSI XPONENTIAL Conference in Denver Colorado!

Stop by our booth #831 to discuss all things BVLOS, and Complex Operations.

We are proud to be part of the Alberta delegation to Denver, representing Canada at the world's most prestigious, and largest, exhibition dedicated to drones and remote sensing technologies.

We will be giving several media interviews about the upcoming BVLOS project, as well as some of the unique and high-value use-cases we are highlighting. Stop by and see us!

IN-FLIGHT Data conducted a very large BVLOS aerial survey of the entire Frank Lake bird sanctuary. According to Ducks Unlimited, at almost 5,000 acres, this was the largest environmental protection survey ever completed using a drone.The project took 2 days to complete the flight and generated over 5 TB of UHD data, to be used to protect the lake and its almost 200 distinct and protected bird species. 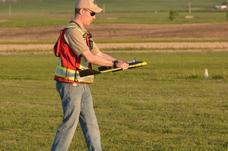 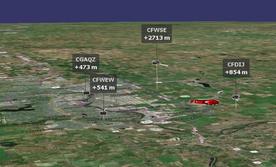 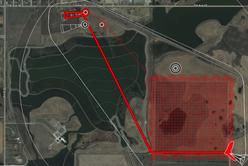 IN-FLIGHT Data was officially granted its first GUINNESS WORLD RECORD, for the World's Longest cumulative beyond visual line of sight (BVLOS) battery-powered UAV flight, which is now set at an AMAZING 2723.04 km / 1692.01 mi.

This achievement was set in Alberta, Canada and were part of Project HONEYCOMB, Canada's largest-ever BVLOS project, assessing the commercial viability of UAS/RPAS BVLOS operations.

BEYOND VISUAL LINE OF SIGHT (BVLOS) - Canadian Innovation in Action!

We are READY and CAPABLE to deliver over 1,500 km of BVLOS test flight for over 20 large organizations, academic institutions, governments and business enterprises!

IN-FLIGHT Data is now approved for its second ambitious BVLOS project in Canada. Following on the world-record-breaking BVLOS project in the summer of 2018, this new project aims to test drone (RPAS/UAS) operations, while beyond the sight of the pilot, and while sharing the same airspace with over a dozen commercial aviation and recreational aviation and ground assets. This new project will test broad-based electronic conspicuity and common operating pictures as part of an overall localized Unmanned Traffic Management (UTM/RTM) system. The project is part of a partnership including the Province of Alberta RPAS Governance, Office of the Fire Commissioner, City of Calgary, COPA, HAC, CASARA, EAA, ASC, Cu Nim, senseFly, AIRMAP, TruWeather Solutions - and sponsored by uAvionix, LOOKNorth (C-Core), and IN-FLIGHT Data.

IN-FLIGHT Data and our ground-breaking BVLOS project was recently featured in the senseFly blog, WayPoint.

It features an in-depth analysis and interview of the project, and its target outcomes

Our thanks to Matt Wade, Jessica Sader and Amir Iliaifar from senseFly for putting this together!